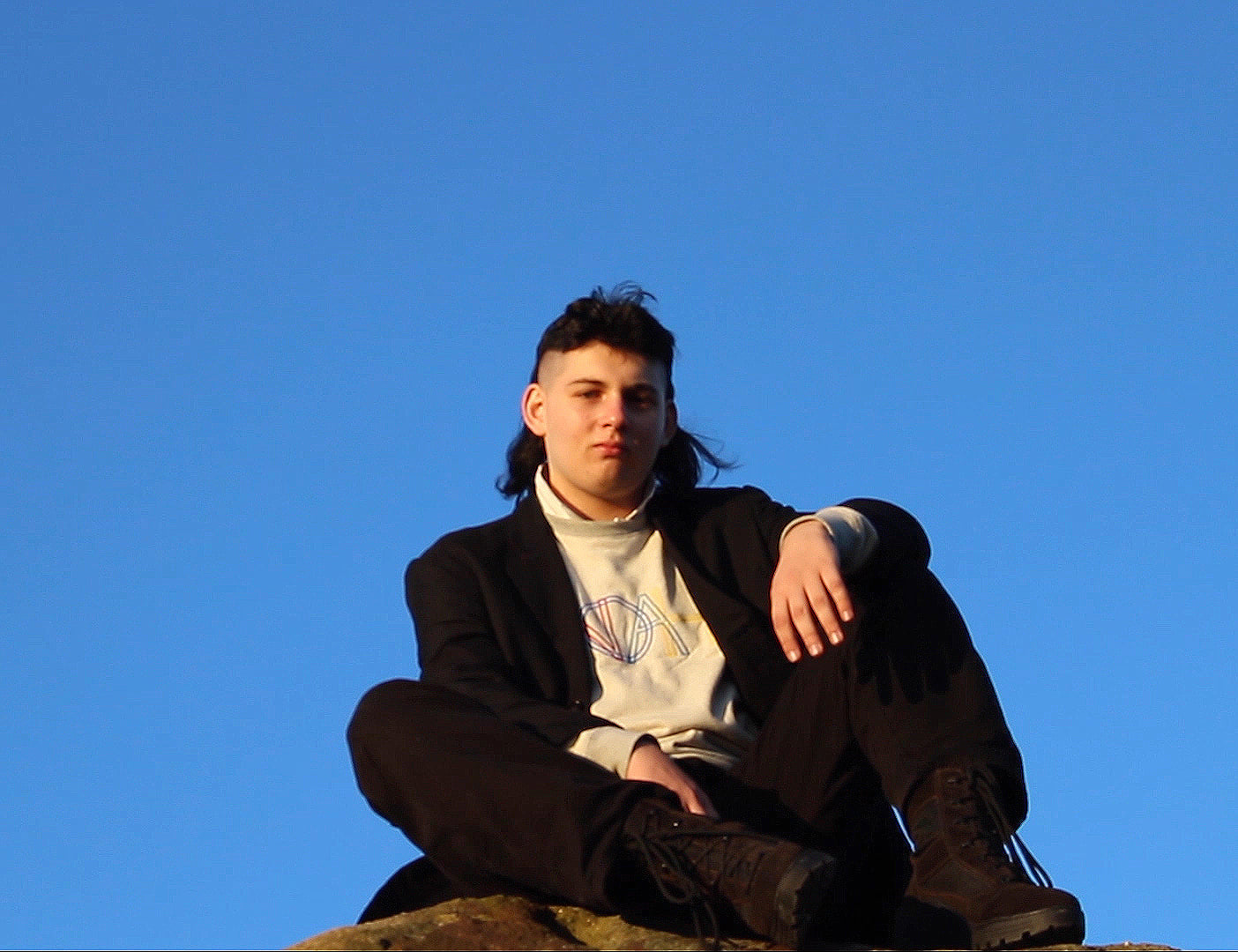 In L.A, April 2018, In the midst of emerging adulthood and in the transitional period between amateur and professional musician, Ethan P. Flynn wrote and recorded what would become his debut single: “Everybody’s Dying To Meet You.” The songwriter, beatmaker and multi-instrumentalist stars in the accompanying video in which we flick back and forth through time catching snapshots of Flynn’s wild life. Beneath the more tongue-in-cheek elements of the song there lies a brutal honesty, a hopeful humour and a devastating sadness, displaying himself as an imposter going through a personality crisis.

After dropping out of Guildhall aged 18, Ethan began immersing himself in the fringes of London’s music communities, collaborating with acts like Jeshi, TTY, Jockstrap, Vegyn, slowthai, Celeste and Black County, New Road before word spread of his deep lyricism and surrealist compositions, which led him to work with FKA twigs on her most recent album Magdalene.

With musical inspirations that run the gamut from Sparklehorse to Madlib, Julia Holter to Danny Brown and Tom Waits, Flynn has in turn developed a songwriting flair that is now fully revealing itself through his own work as an artist. You’ll find all of this and more on his debut collection “B-Sides and Rarities: Volume 1.” Originally available only via Bandcamp, it was released on vinyl in January 2020 by Tokyo’s renowned Big Love Records (“A genius appears! The first hero of the 2020s!” the cult label exclaimed), and later released via Young Turks in September 2020.