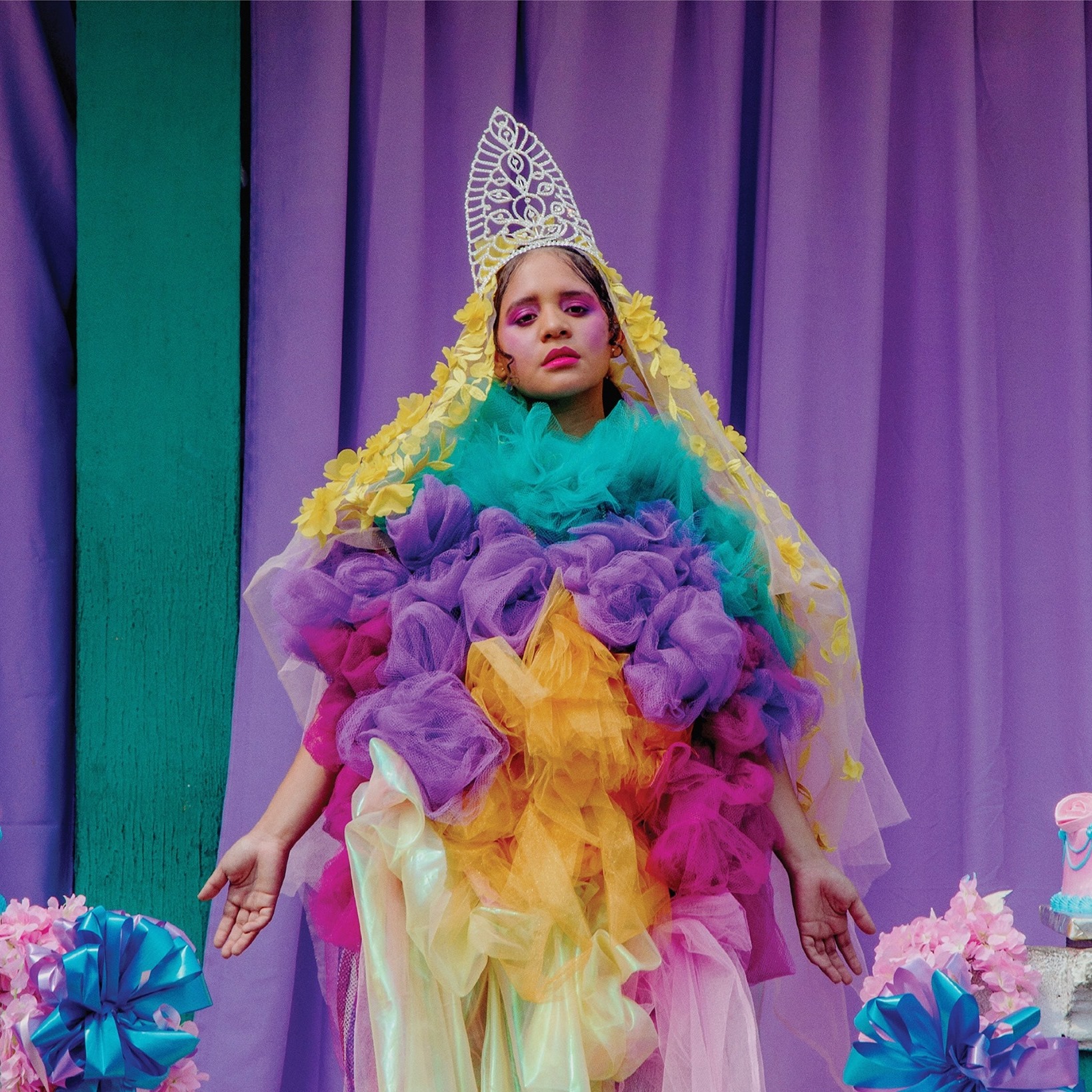 Afro/Indigenous/Colombian/Canadian/punk/folklorist/traditionalist/transgressive/diva/angel. There are so many layers to Canadian-Colombian singer Lido Pimienta’s identity that you might get lost in them. But if you did, you’d be missing the point.

Her multi-textural, mind-bending voice and music project what Canada’s The Globe and Mail called her “bold, brash, polarizing” persona, which constantly confronts the powers that be. But it also reveals an embrace of the Afro- and Indigenous traditions that is at once defiant, delicate and sweetly nostalgic.

Pimienta’s new album Miss Colombia takes her ecstatic hybridity to a new level, building on the “nu” intersection of electronica and cumbia established by her first two albums, Color, released in 2010, and the 2016 Polaris Prize-winning La Papessa as Canadian album of the year. The latter was the first 100% independently released, non- English or French album to win the $50,000 prize. Produced with Matt Smith, a/k/a Prince Nifty, Miss Colombia overflows with the kind of understated genius that promises yet another breakthrough.