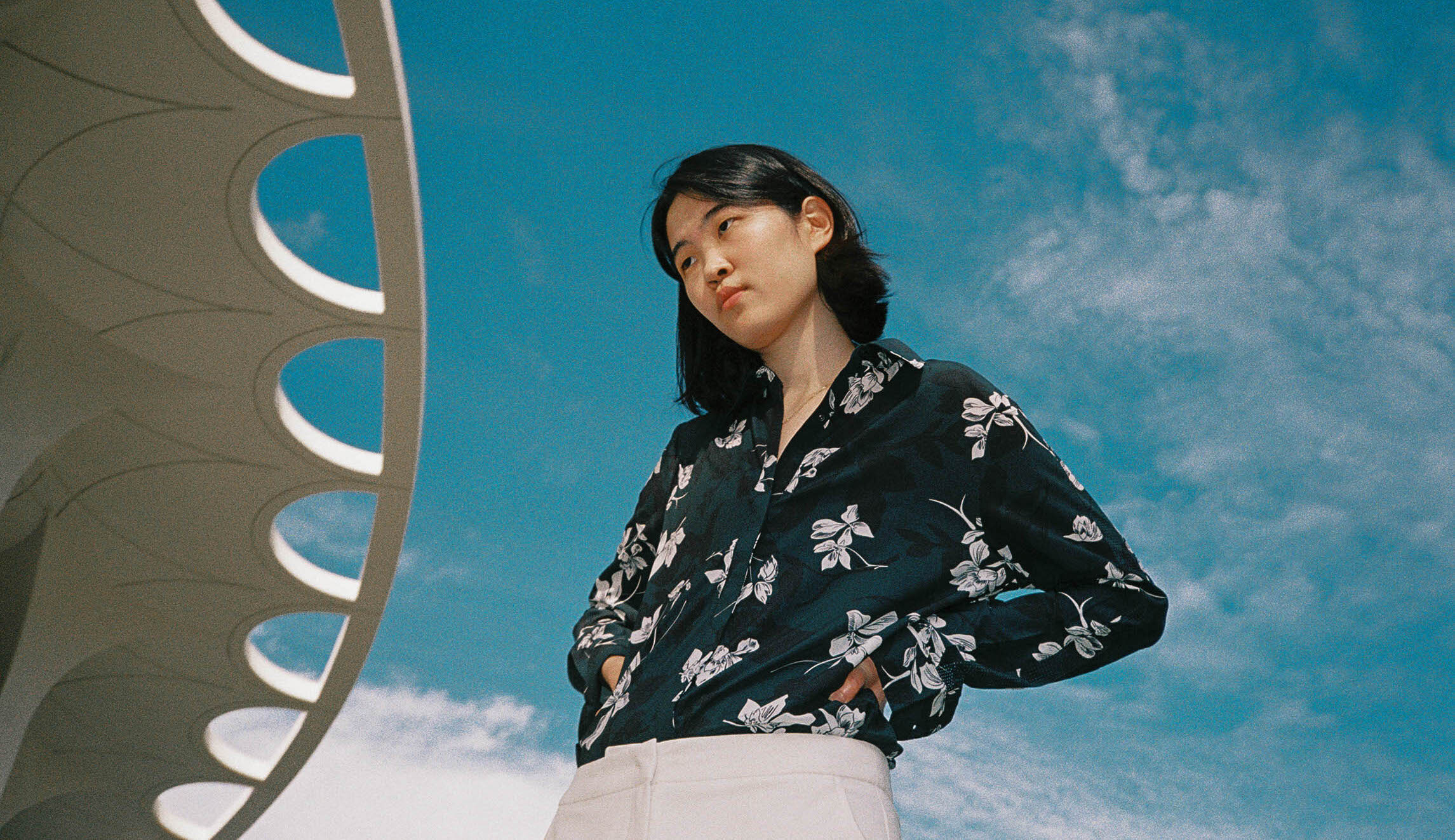 “What does it mean to feel pride – to feel love? Not just romantic desire, but an all-encompassing love built around acceptance and unconditional respect? For 24-year-old indie/alternative artist NoSo, they seek out the answers in their work.

Born and raised in the Chicago suburbs before moving to California as a teenager, NoSo is shorthand for North/South: a nod to their Korean heritage, and the inane origin question (“Which Korea are you from?”) that so many Korean Americans inevitably face at some point in their lives. Hwong’s writing often indirectly grapples with the insecurities and frustrations that can arise from the Asian American experience. Their writing feels like a balm for the alienated.

Hwong writes and records much of their work alone in their bedroom, studying any non-guitar instruments they weren’t as proficient with in order to make it happen.

Just as there is no singular Asian American experience, there is no singular LGBTQ experience. Hwong, a queer non-binary person, released their first single in 2016 – a love song with female pronouns. They don’t remember ever explicitly coming out in public; from the start, their declaration of themselves to the world at large has always been through music.”