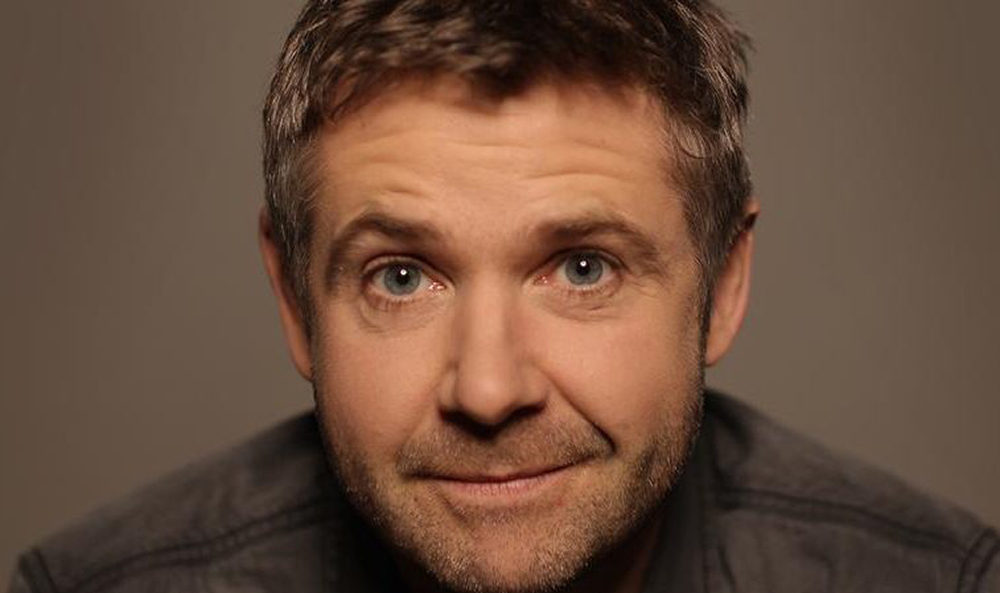 One of comedy’s most lively, loveable and dynamic performers, Rob won Channel 4’s Prestigious So You Think You’re Funny competition at the Edinburgh Festival in way back in 1998. He’s one of our best comic storytellers, has performed all over the world and works long form narratives into hard-hitting, uncompromising hilarious tales filled with warmth and a sense of compassion for our collective human frailties.

The Ex-Geography teacher has been described critically as “A born clown”, those who really know him may lovingly use the word ‘idiot’. Either way, Rob takes this trademark comedic storytelling to a career high in this show, as he leads us on an irresistibly hilarious journey of enforced introspection and inspired rantings, it’s a real roller-coaster of a show in which he is forced to relinquish any attempts to control his life and to face down literally one of the most awkward situations you’re ever likely to hear about.

You may also recognise him as “Bottom” on TV’s Upstart Crow, 8 Out Of 10 Cats, Spoons, The Friday Night Project, Celebrity Juice, Dave’s One night stand, John Bishop’s Only Joking, Live at the Comedy store, maybe collecting one of his wife’s eBay purchases from your garage or perhaps seen him at one of his 8 Edinburgh fringe shows or 3 UK tours. So, come and see him do what he does best; honest, frank, seriously funny stand-up.