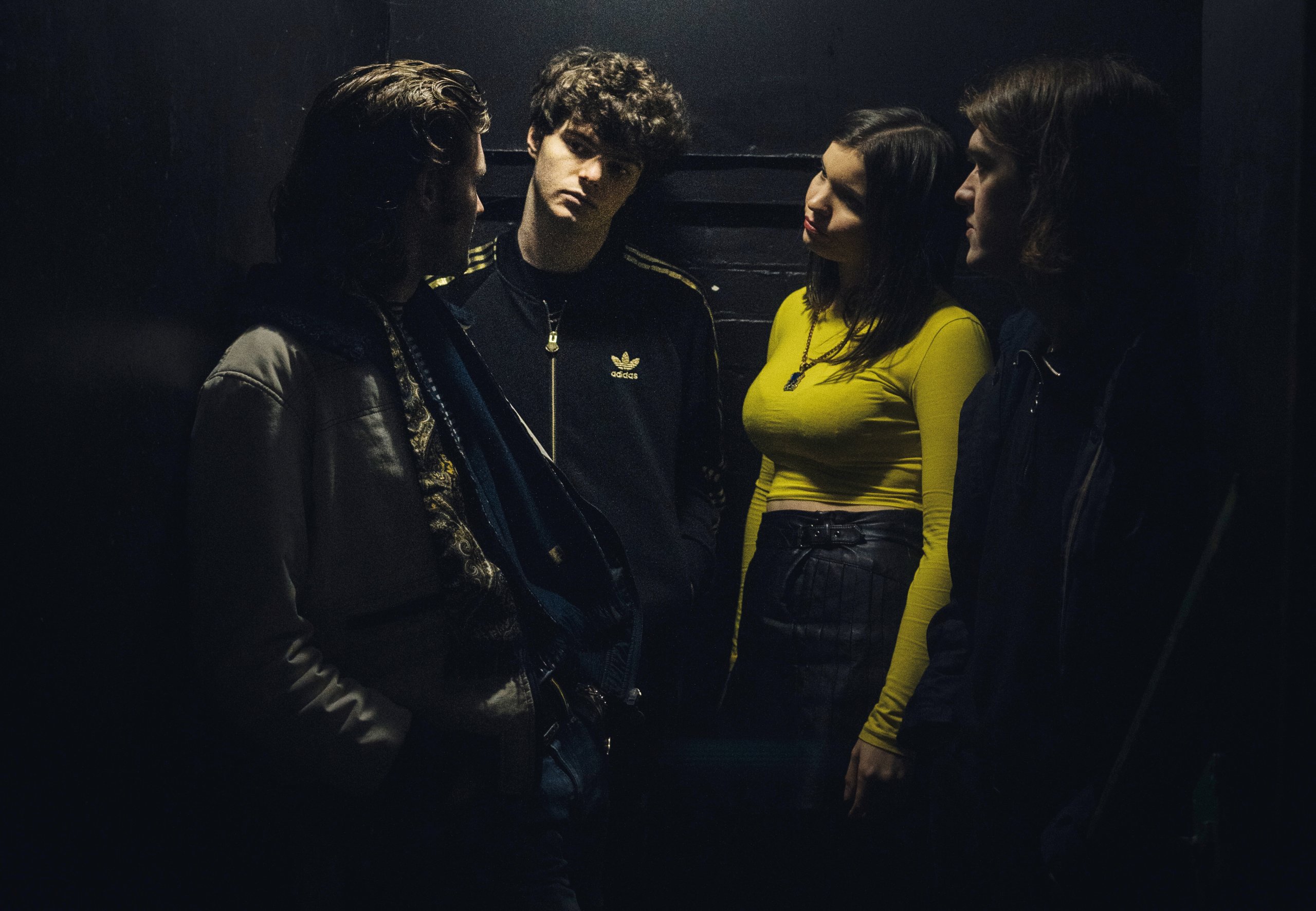 A rumble on the horizon. Gritted teeth, nuclear fizz and fissured rock. A dab of pill dust from a linty pocket before it hits: the atom split, pool table overturned, pint glass smashed — valley fever breaking with the clouds as the inertia of small town life is well and truly disrupted. Here to bust out of Doledrum, clad in a t-shirt that screams SOCIALISM and armed with drum machine, synth, pedal and icy stare are Working Men’s Club, and their self-titled debut album.

It’s hard to believe that the three fresh-faced music college kids who bounced out of nowhere and onto the 6 Music playlist with the sweet-but-potent, twangy guitar-led ‘Bad Blood’ (Melodic Records) in 2019 are the same band who clattered back there with maddening techno-cowbell- puncher ‘Teeth’ less than half a year later — and that’s because for the most part, they’re not. Having signed to Heavenly and with the hype around them building, underlying tensions came to a boil a mere five days before the band’s all-important first London headline show, and wunderkind frontman Syd Minsky-Sargeant was left high and dry; guitarist Giulia Bonometti had decided to focus on her blossoming solo career, and drummer Jake Bogacki was against the new electronic direction Minsky-Sargeant saw Working Men’s Club taking. (“I guess WMC started off as a bit more guitar-based, tryna copy stuff in our own way, like the Velvets and stuff like that, but I didn’t want it to be that anymore. It became dancier and dancier as I tried to experiment”, he explains.) All that remained of the outfit was Minsky-Sargeant himself, recently recruited bassist Liam Ogburn, and — given the band’s indebtment to wood panelled, community-run venues for an early leg-up — a rather pertinent name. But with staunch determination burning in his belly, Minsky-Sargeant quickly assembled a lineup consisting of himself, Ogburn, and Mairead O’Connor (The Moonlandingz) and Rob Graham (Drenge, Baba Naga) — both of whom he had met at the Sheffield studio of producer Ross Orton (The Fall, M.I.A., Arctic Monkeys) — replaced the live drums with a drum machine, and rush-rehearsed the new setup before going ahead with the show. “If it wasn’t for Sheffield then we probably wouldn’t have played that gig” he says. “I was shitting myself, because I didn’t know what would work or not.” Luckily, something stuck: “After about three gigs with that lineup it was already way better than what we’d had before.”