To say that Björk has embraced innovation throughout her four-decade long career is something of an understatement. In the past, she’s made albums available to buy in Bitcoin long before it was popular, produced albums made to be consumed in virtual reality and has turned her songs into video games through mobile apps.

But Björk has not only invented new ways in how we listen to music, but also how we play and perform it. A Björk live show is akin to stepping foot into a music factory centuries from now, where guitars are swapped for autonomous machines that play ambient melodies and glowing synthesisers pulsate with alien rhythms.

Björk headlines bluedot 2021, a UK festival exclusive taking place at Jodrell Bank Observatory. Here, from ‘Homogenic’ to ‘Cornucopia’, we look at how Björk devised unique ways of making music, and how she has harnessed technology to push pop music forward.

Before Björk invented her own instruments, she was an early adopter of electronics. Her second album, 1995’s ‘Post’, had flirted with UK dance music culture, but by 1997’s ‘Homogenic’ she had fully immersed herself in the sound of trip-hop, jungle and drum & bass. To produce ‘Homogenic’ she enlisted trip-hop pioneer Howie B and the late-Mark Bell of LFO as producers.

Through them, Björk evolved her knowledge of sampling, synthesisers, drum machines and all manner of electronically superior equipment. “[With a sampler] You can write on an airplane, at your gran’s house, on the top of a volcano, in a club or on the tube,” said Björk in a 1997 documentary with The South Bank Show. “It’s so incredibly convenient,” she went on to say, perhaps without realising her instruments would soon become far more complex.

For the 2007 live show ‘Volta’​, Björk was the first musicians to adopt an instrument called the ReacTable, a visual synthesiser that looks almost like an oil drum from the year 3000. ReacTable allows musicians to contort and manipulate sounds by moving chains of small blocks across its surface. Twist one block and it’ll add reverb, brush another to the left and it’ll alter the pitch, or bang a block on the surface and it’ll create a bellowing crash.

Each block can be rotated 360-degrees and placed in infinite sequences. Unlike a piano of a guitar that has set notes, this synthesiser allowed Björk uncover sounds that would have remained hidden within the typical chord structures, allowing her visions to be realised without restraint.

By the time of Björk’s 2011 ‘Biophilia’ tour her imagination had gone into hyper-drive, inventing all manner of beautifully complicated instruments that merged centuries old craft with her imagined sounds from the near future. To bring ‘Biophilia’ to life, Björk collaborated with dozens, if not hundreds of musicians, designers, sculptors and institutions such as ​the University of Sheffield’s Academics.

Designed by Andy Cavatorta, a sculptor working within sound and robotics, the Gravity Harp is a 25-foot tall instrument made from four swinging and rotating pendulums and 11-strings. As each pendulum passes the equilibrium position a note is hit, creating a different sequence of transcendental notes every single time it’s played.

For the live incarnation of ‘Thunderbolt’, Björk and her team invented a synthesiser that plays an altogether different type of instrument: lightning. For the arpeggiated bassline heard on ‘Thunderbolt’, tesla coils emit bolts of electricity that trigger sounds in sequence, simultaneously illuminating the stage in blasts of blue light.

Björk also brought with her a contraption called the Sharpsichord, a relatively simple instrument compared her usual standards. The Sharpsichord works in the same way a music box does, where a studded cylinder rotates and strikes notes. Simple? Not quite. This music box is solar-powered, cost £90,000 to build and took its inventor Henry Dagg over five years to put it together and is absolutely massive. Two huge horns are attached to the contraption, one that amplifies the bass notes, the other the higher notes. The resulting sound lies somewhere between a harp and a bass clarinet.

In 2015, New York’s Museum of Modern Art paid homage to the importance of Björk with a full retrospective of her life. Everything was on display. ​Her towering instrumental inventions from ‘Biophilia’ record, the smooching robots from the ‘All is Full of Love’ video, ​and yes, the famous swan dress was there too.

Featured as part of this retrospective was Black Lake, an original sound and visual piece. For this, Björk experimented not with how we play sounds but how we listen and interact with them. For the exhibition, 6,000 cones and 49 loudspeakers mapped sound to a 3D environment, allowing her music to bound across the space from left to right, up and down in real time. Alongside immersive display of experimental sound sculpture, an indoor Icelandic cave was built in the middle of New York.

This was a change of routine for Björk. Until then, she had mostly collaborated with musicians, fashion megastars, Goldie, inventors, mobile app designers and Madonna, but this brought new challenges. “It was a new thing for me, to collaborate with a museum,” she told​ WIRED at the time. “It’s not like the average pop world. You can’t collaborate with your regular CD distributors or record producers; it’s going to be different folks.”

But how does Björk bring these feats of engineering to the stage? She simply constructs new environments to accommodate them. On her most recent tour, ‘Cornucopia’, Björk designed an entirely unique way of performing, one that combines live theatre, cinematic media, sound sculpture and musical ensemble. She wanted to emulate the immersive experience of a small venue for big arenas, inspired by the Icelandic chapels Björk would sing in as a child.

She landed on what is called an ‘acoustic reverberation chamber’, which projects an encapsulated and solacing moment to a large audience. In simpler terms, the domed, vertical chamber allows Björk to emulate the sound of her singing in her living room for an audience of thousands. “​I feel often [that] when I warm up my voice, and my head starts resonating, that sonically, inside our skull we have our own personal chapel,” wrote ​Björk in a Facebook post, describing the project.​ “In that way, [with] the shape of my new reverb chamber, the ceiling in it is of that nature.” 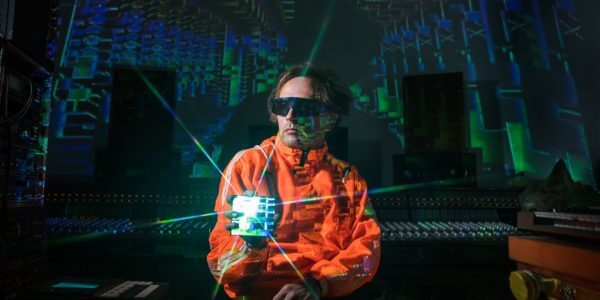 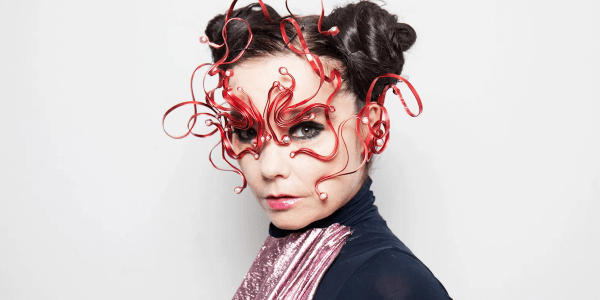 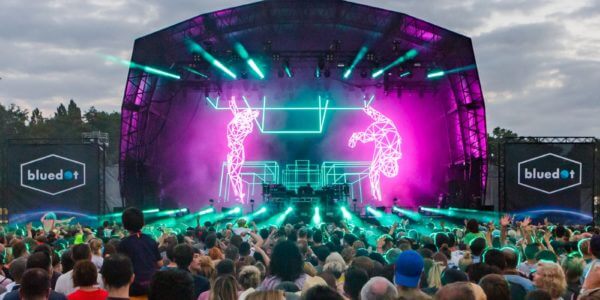 Looking back on four spectacular editions of bluedot, hosting some of the most prolific names i…