Bluedot is a brand new, three-day festival of discovery that promises to fuse a complex mix of artists, speakers, scientists and performers into an event unlike any on earth. Taking place on 22-24 July at Jodrell Bank, the festival will unfold across the grounds of the Cheshire observatory, a scientific centre at the cutting edge of the quest for knowledge.

Headlining the music bill with a UK exclusive is the legendary Jean-Michel Jarre, pysch-electronica pioneers Caribou and – arguably one of the most influential British bands of the last three decades – Underworld.

A full science and culture programme will be announced in the coming weeks but attendees can expect an incredible array of talent from across the scientific, literary and arts communities with five distinct arenas featuring space orchestras, talks, screenings, lectures, comedy and debates and a vast spectrum of hands-on activities including the Luminarium, art installations, robot workshops, a planetarium, the Galaxy Garden, pulsar hunting, graphene making classes and much more. 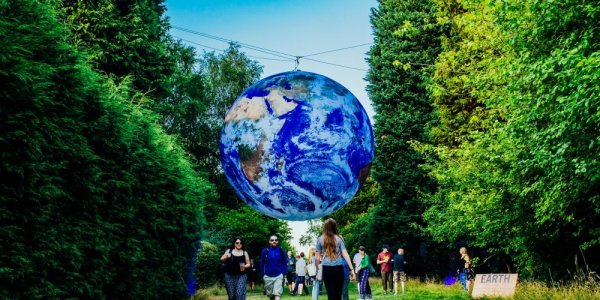